One of the armies I always wanted to do, but never got round to, was the Tau. I made a start at one stage, assembling Fire Warriors with their zillion tiny pieces. Anyway, to cut a long story short I gave up on 40K as a game and so I never got them finished.

Epic, on the other hand, is a game I do enjoy, and recently a friend of mine started muttering about playing that again. Second edition, to be exact. We had a game and it brought back all the memories of how much fun it had been and what a good game it was. So, while I’ll probably be using Imperial forces to start with (as I still have lots), I thought it might be an opportunity to collect the Tau army I never had. Forge World had made a whole army…

Then I discovered that FW had stopped making them. Bother. Well Ebay seemed the obvious alternative, but the prices these go for is a bit silly. Scratch that too.

I went back to Forge World and had another look. Not quite all of the models had been discontinued: they still make the few bits you can use in their Aeronautica game. Thinking about it I realised that actually you didn’t really need that many different basic vehicle chassis, so I got a pack of Skyrays to see whether I could use them as the basis for the rest. Perhaps I could convert these into Hammerheads and Devilfish. Here’s what you get in a bag of Skyrays: lots of tiny bits on big casting blocks. 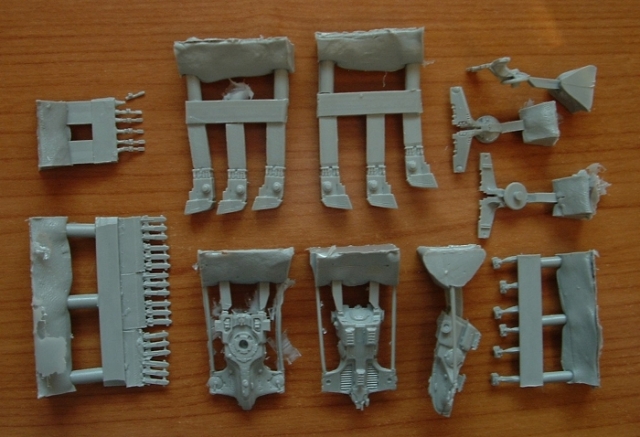 I’ve set these up so you can see the main bits from several angles. The photo below shows the model assembled in the official shot from FW. In a bag you get all the bits you need for 3 Skyrays, and if you want to convert them to Devilfish you’ll have various spares to decorate weapon platforms or terrain features. Of course, you’ll want some Skyrays anyway. 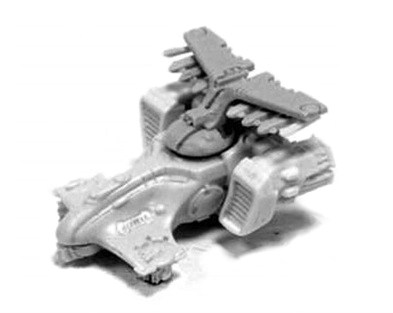 If you know your Tau vehicles, you can see that it shouldn’t be too hard to make a Devilfish (it just needs a different hatch). A Hammerhead will be more effort as it needs a completely different turret, but even that doesn’t look impossible.

The models themselves are very nicely done, with lots of panel detail and so on – definitely a better idea to be converting one of these than trying to make one yourself from scratch. The various guns, missiles and so on are separate pieces, which ensures that the detail is present and not reduced to blobs by compromising the casting. Hats off to the designers and to the overlords at FW for allowing them to be picky like this. It all makes for a much nicer end product.

The models are cast in a hard resin with minor mould lines on a few parts and some flash. Nothing that would cause problems and actually rather less than on many metal and plastic models. Of course, you also have to remove the casting blocks. There are also zero bubbles that I can see, which is excellent. Finecast take note.

The photo below is another from the FW site, and conveniently shows a Skyray and Devilfish side by side. The only differences are the weapon fits under the front three mounting points/drones and the turret/hatch. As I said, this doesn’t look too hard. Fiddly, yes, but not technically difficult. 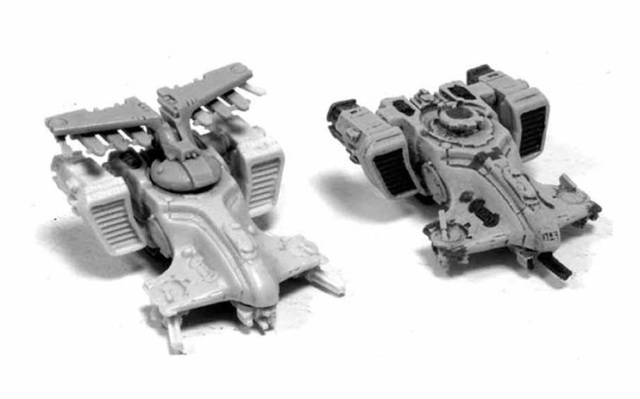