Posted on October 5, 2014 by Quirkworthy

Back from the show, and bearing bags of swag 🙂

I’ve not been to the Derby show at this venue before, and it’s a big change from the last couple of places they held it at. Instead of a series of different rooms and levels, it’s now in a single large exhibition hall. Perhaps a third of the space was filled with various tournaments with the remainder being demo games and trade stands. Quite a big event all told.

So, with lots to see and do I strode purposefully into the venue and got a grand total of perhaps 4 paces before spotting Rick P with his Gates of Antares demo, and there I stood for the next half hour. Currently this seems to be using the core concepts of the popular Bolt Action rules, though the dice have morphed into D10s to allow more variety in game values. They are currently in Beta testing, and I think you can sign up to take part on the Warlord site.

Though it was nice to chat, I eventually had to make some effort to explore the rest of the hall. Even at a steady walk, and stopping only infrequently, it took a fair while to wander round the whole place (and I ignored the tournaments entirely).

As is common for me these days, much of my time ended up in discussion with people I know. This was partly why I’d thought about what I wanted to pick up in advance. And as it happened, I did pretty well at following my shopping list; thanks to a great deal at Caliver I was able to pick up what I needed in one place. First on my list, was some Agema plastics. 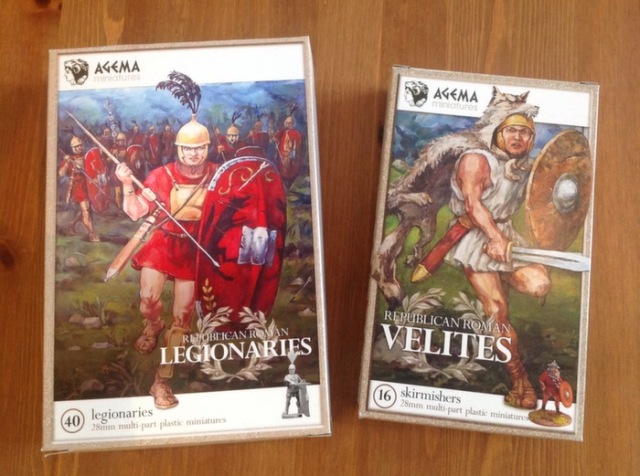 Agema are relatively new boys to the gaming world, and have so far brought out a small range of Republican Roman models. Carthaginians are in the pipeline. There are also a few metal figures to complement these plastics and I’ll be picking these up too (probably from the web store). I didn’t see them today.

Republican Rome is currently blessed by not only these plastics, but also some new Victrix ones. I was tempted by these as well, though they are quite different and I’m not convinced they would mix all that well. The main difference isn’t one of detail or height, but of bulk. The Victrix offerings are much more in the GW-inspired “heroic” style that has been popular for some time. Agema, on the other hand, have gone for a much more realistic anatomy, and personally I like it a lot. It’s just a matter of taste. The Victrix models are also less varied in pose, with all of them standing straight. This will probably make them very good for ranking up in mass armies, which is fine. However, I was initially thinking of skirmishes for my Romans, so the added variety and movement in the poses of the Agema offering was another plus for my devious purposes.

Perrys next, and as there was a show deal on 4 boxes I went for that. Can’t have too many Perry models. I’ve got a small mountain of WOTRish Perry models and the Foot Knights are their latest addition to the range. It would have been rude to leave them out. WWII because they look lovely, even though North Africa wouldn’t have been my first choice of theatre. By mixing in a few of the metals I should be able to stretch this to Tunisia or Italy. Zouaves? Well I didn’t have any and I needed a fourth box. And they’re lovely 🙂 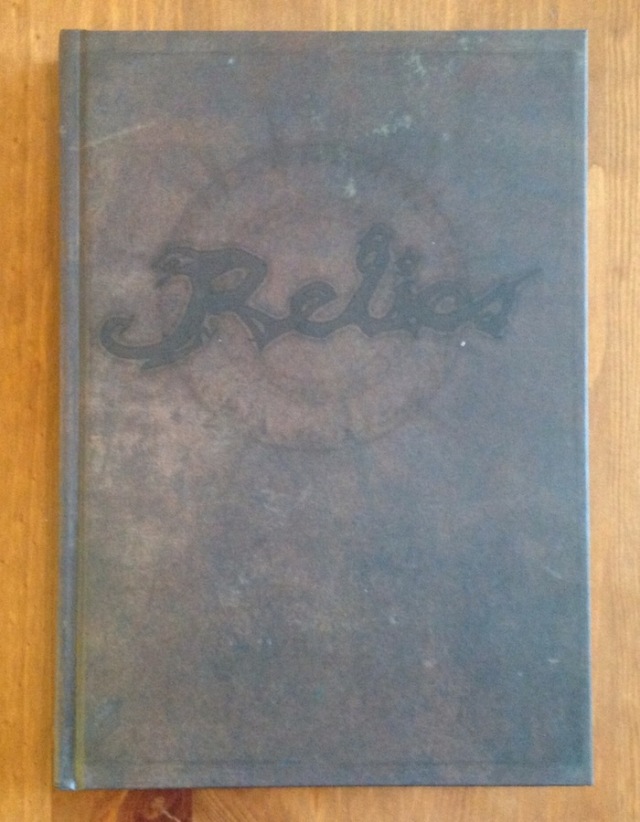 Last, but by no means least, I was given a copy of the Relics rulebook by the very nice chaps on their stand. The quick and rather bloody demo I had gave me an idea of the overall shape of the game rules, and they’re an interesting change of pace from the norm. The models too are a different sort of theme from the usual fare, and I applaud them for both brave choices. I always enjoy seeing people trying something different. As a note on the image, I’ve left this somewhat bleached out so you can read the title. The real appearance is much more dark, menacing, and difficult to read 🙂

So a good day: games played, chins wagged, and shiny toys acquired. What more could one ask of an event?

10 Responses to The Day’s Plunder