This is the last bit I’m going to be doing about UniCast for now. If you’ve been reading my other articles on the topic then you’ll know the drill by now. If not, then why go and have a quick read? I’ll wait.

This particular example is interesting for a couple of reasons. Firstly, it’s a test piece for Mantic. If they’re happy then they may do more. I’m sure everyone that hates their restic family of materials will be happy about that.

In case you were wondering, this is a limited edition model for the German Dungeon Saga release. I think. Something like that.

The second intriguing thing is the reason I think this is the least technically impressive of all the UniCast models I’ve seen: this model was originally intended to be cast in metal. It shows. You can see this most obviously from the infills under the loincloth and sleeve which would be necessary to remove it from the mould in a single piece if it was cast in pewter. A testament to how much more flexible UniCast is. How the undercuts on the other side (under his beard) would work in metal, I don’t know. Perhaps he was going to be a 2 piece model in metal. He’s one piece in UniCast.

This is also interesting because it’s the first UniCast model I’ve seen with a bent bit. I assumed it happened, so this is just confirmation that it’s behaving as expected. I’ve not tried bending it back yet and I’d guess that the old hot water/hairdryer tricks would work.

Anyway, on to the photos 🙂 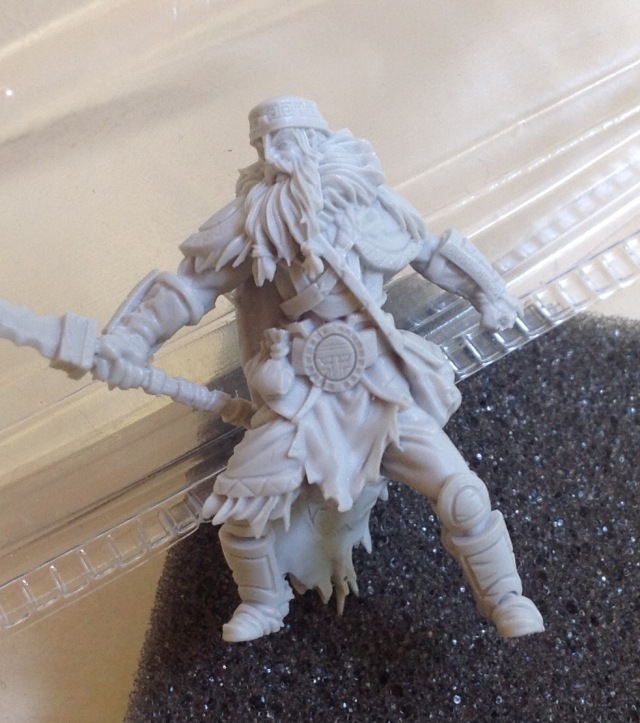 General front and back views. 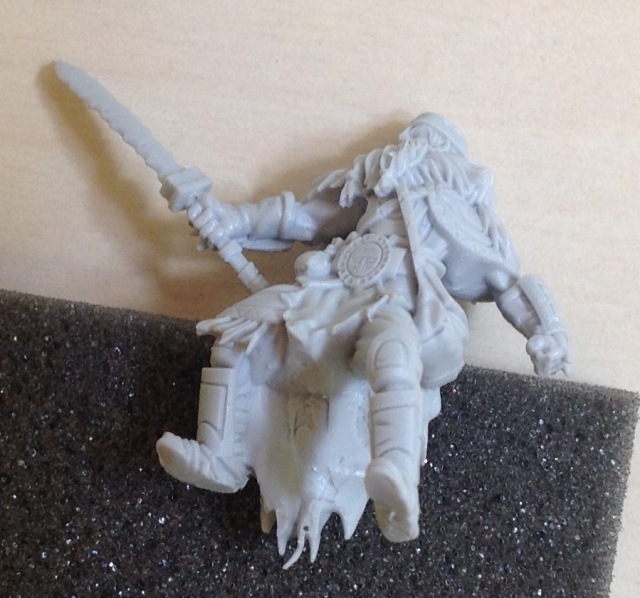 Backfills behind the loincloth and under the arm. Entirely normal for metal models, and presumably a thing of the past if you sculpt specifically for UniCast.

Fills behind the straps too. Again, with a sculpt that was designed for UniCast from the outset this could presumably be avoided. Odd that the model’s right side seems to show gaps and undercuts around pouches, beard and other bits which wouldn’t cast easily in metal.

Yes, I like UniCast. It seems able to create models that you simply can’t do in anything else (in a single piece), and I’m impressed. Yes, I also know that Prodos has some issues as a company, and that’s important too. I just hope that their obvious technical cleverness can help them out of those issues, because it would be a crying shame to lose this baby with that bath water.