Having decided to go back to Infinity again, I’m confronted with the question of who to collect. Those that know me will understand that this probably does not mean one faction, but several; but even so, which ones?

I find Infinity a very unfriendly game to get into, and an awful rulebook to try and navigate. Having played it before, and having a general idea of the game, I still find it extremely difficult to decipher the army lists with either ease or speed. Constant cross referencing is required between many pages of two books to get an idea of what the army listing means on the tabletop. Gripes aside, who was in my shortlist, and why? 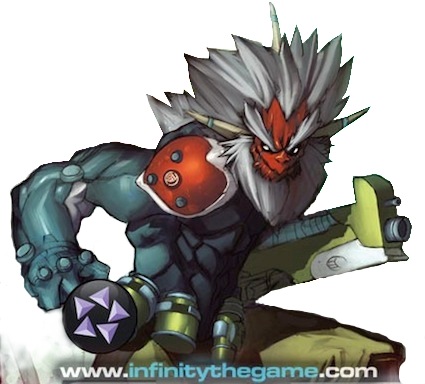 1) Morat Aggression Force: I always liked the Morat models and very little else of the Combined army. Now that I can use them on their own, that seemed like a winner. I’m also amused by the Rasyat’s idea of diplomacy. On the table it seems like they should be a fairly balanced force, though naturally I will do my best to abuse this 🙂 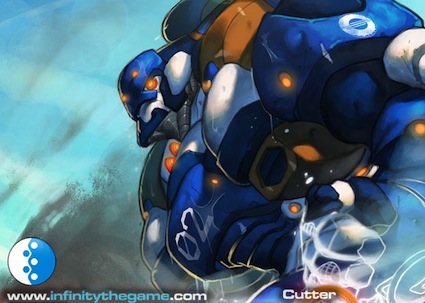 2) Neoterran Capitaline Army: the first army I had the first time round was a PanO force, and this was the one that I broke the game with then. It all went on Ebay, but now I’ll probably recreate it. Shooty, lots of tech and a different TAG for every day of the week (at least in vanilla PanO list). 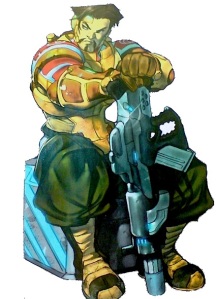 3) Japanese Sectorial Army: I like the Keisotsu Butai lots. And the Karakuri. I’m far less convinced by their battlefield stance, but I really like some of the models.

+1) ALEPH: a small, elite force and nice models ticks several boxes for me. However, I feel that it’s not the force to start with. I need to understand the rules more deeply to really make the most out of ALEPH, so I’ll come back to them later.

Ironically, because of Infinity’s peculiar release schedule I’ve started with my third choice (JSA). With no sectorial starter packs for either 1 or 2 I’d end up with a bunch of models I didn’t want if I got the ones I did. Plus, some core models are likely candidates for resculpts, and at least one core model (Raicho) is still unreleased after 5 years. 5 years! That’s almost as ridiculous as releasing a skirmish game that emphasises defence and then not releasing your scenario book for 5 years. Hang on a minute…

This entry was posted in Infinity. Bookmark the permalink.

26 Responses to Infinity: Choosing an Allegiance