Posted on December 5, 2012 by Quirkworthy

Wildcard is one of the Season 2 MVPs, and as such shouldn’t really be out and about for months yet. However, KickStarts being the odd things they are, and Ronnie having trouble keeping shiny toys to himself, more than a few of you are going to have a model for this young lass before Santa comes down the chimney 🙂

Because new models are always more fun when you can play with them, I’ve got a sneak peek of her rules from an early draft of Season 2. These still have more playtesting to survive through, though I think she’ll work fine like this. She’s certainly worth trying out.

So without further ado… ladies and gentlemen, I give you… 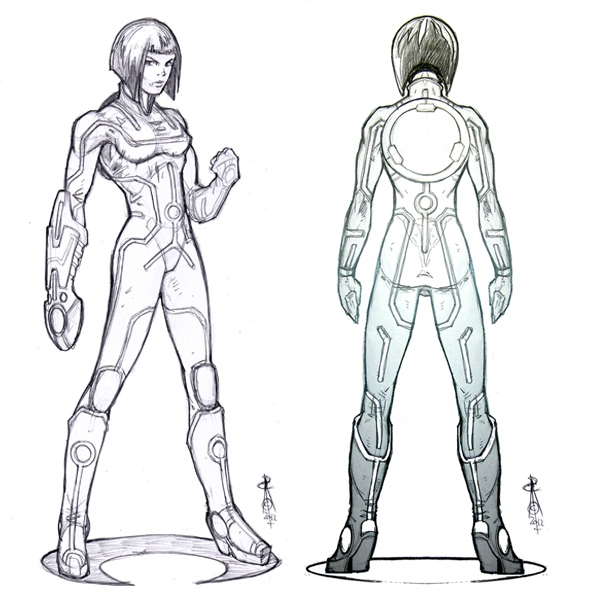 One of the current favourites of the crowd is the dazzling Wildcard. Like Lucky Logan, she appears in all the most fashionable commercials, and also like Logan she specialises in pulling victory from the jaws of defeat.

Wildcard is a fast and agile human, with a distinctive uniform and a flashing smile. She is a boon to the cameras which often focus on her even when the ball is elsewhere on the pitch.

Her appearance is unlike most of the teams she plays with, with a uniform that is more akin to Asterian body suits in general cut than a normal human DreadBall suit. Her clothing also seems to offer a similar level of defence to Asterian smartsuits, becoming rigid in response to kinetic energy. This allows her to appear only lightly protected, which can encourage unwary foes closer than is usually good for them.

Her playing style and philosophy echoes the lithe and enigmatic aliens too, and she has been known to play alongside them on the few occasions they sought outside aid. On the pitch her movements are almost languid when her team is winning, but as soon as things go awry she redoubles her efforts. Every opposing move is scrutinised for weak points and she is quick to exploit any that she finds. However, as soon as the crisis is over she slips back into a more relaxed style of play. It is almost like she wants to keep the game in balance rather than win it outright. 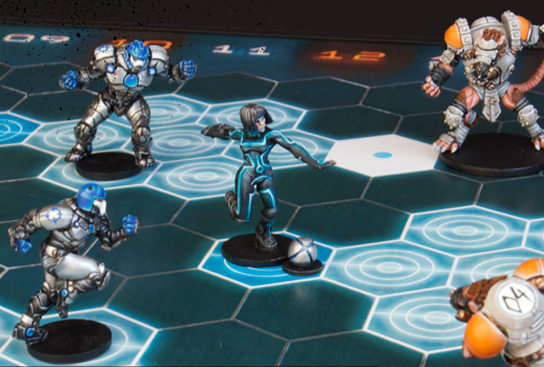 Even the Odds (Jack)

This ability is exactly the same as Running Interference (see page 42 of the main rules), with the exception of when it can be used.

Instead of a limit of once per match, Even the Odds can be used once in any opposing Rush that begins with the opposing team having a score greater than zero.

The player may Dash as part of any action that allows them to move at least 1 hex.

In a universe largely populated by aliens and mutants, the term “genetically pure human” simply means what it says: neither mutant nor alien. In the case of who an MVP will play for, genetically pure human teams are currently limited to the Trontek 29ers and the Void Sirens.

Now it’s entirely possible that the table will go a little screwy for some folk, depending on which browser is being used. The internet is like that. So I’ve got a pdf for you as well. It’s the same thing as above, but perhaps in an easier format: