One of the main features of Season 2 is the four new teams, and the one I get asked about most is the Robots. What are they like? What style do they play? Are they a strong or a fast team? Well, let me start at the beginning.

The DreadBall game includes four teams which gives you a selection of different playing styles to choose from. These were always intended to be just the opening wave, and I’d planned in a number of options for waves 2 or 3 so that we’d end up with perhaps 12 or so to choose from eventually.

The first wave of teams were all pretty simple to use and have clear tactics. Only one player type in all four teams had any abilities to start with and so the rules “footprint” for each team was kept to a minimum. This helps you to get to grips with the game, its rules and core tactics. Once you’ve got that basic grasp then practice will give you an ever deeper understanding of the more subtle tactics. But you’re gamers, so you’ll want more. It’s inevitable.

So what the second batch of four teams aims to do is up the challenge somewhat. Not in the sense of making them all better than the first four, but in the sense of making them more involved and complex to understand and get the most out of. More challenging, if you will. More to get your teeth into. Many of these new teams have abilities on their starting stat line, and these have major impacts on the way the team plays and is played against.

We’d been tinkering with the idea of Robots as a team since very early on, and they always sounded like a good idea. However, as I always want a little something special for each team/army/faction in my games I’d been mulling over what that could be for the Robots. What would make them different from everyone else?

The idea came to me in a moment of half-joking silliness. What if they transformed during the match? That would certainly be different. I had no idea whether it would be possible to make it work on the pitch, and I was also a little worried about what Mantic would say about the models. Despite this, it was such a fun idea that I had to run with it, and sure enough everyone else thought it was cool as well so we all pitched in and made it work. The models are outstanding and are a faithful rendition of the style shown by the Jack pictured at the top of this page. Painted in those colours too 🙂 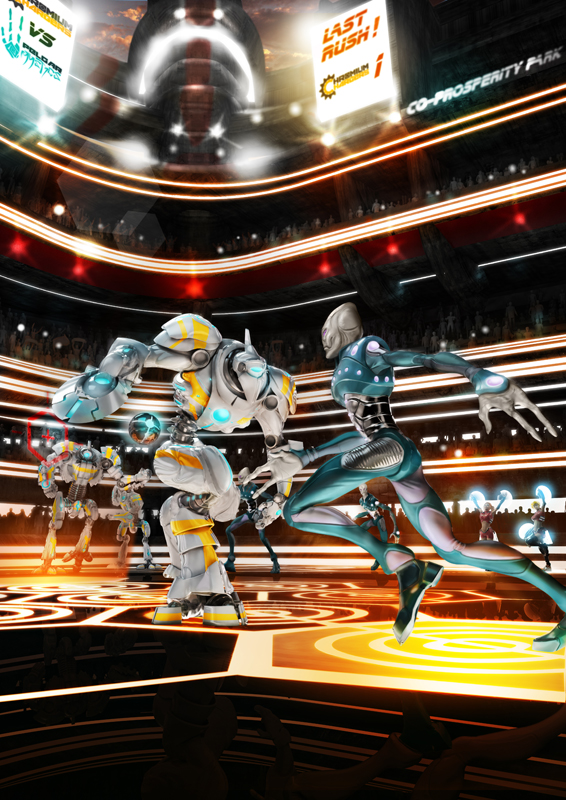 On the pitch the key to understanding the Robot team is understanding their ability to morph from one player role to another. In rules terms this has always cost an action, but in my original version it was automatic: you paid the action, you changed to another role. During playtesting this worked fine, but working fine doesn’t have to be the end of the development process. After a while we decided that it would be even more fun if it was a roll, just like Throws, Slams and so on. In this way you are likely to make the change, but could also fail to do it or get a double change (if you chose to). What do I mean by a double change? Well Robots are carefully programmed and change in a set sequence from Striker to Jack to Guard/Keeper and back again in reverse. You can’t change from Striker to Guard or vice versa in one step – you have to go through Jack first. However, if you get a double change then you can go directly from one end of this process to the other as it is only two steps long. In this way you spend an action for a likely change, but it’s always a risk.

In every match a Robot team starts out with 6 Jacks on the pitch. During the game the Coach decides what changes to buy (with actions), with which player and when. This becomes a major part of the team’s tactics. However, as a change costs an action the question is always do you really need to change or can you make the play work with what you’ve got? Changing means a better selection of roles, but fewer actions to do it in. Decisions, decisions.

From the point of view of an opponent you’ve got a team which might change at any moment. You think that you’ve got them cornered, but they might change into Guards and fight their way out. Is the ball loose? It’s OK, they’ve only got a Guard nearby. Wait…

The ability to change between roles is the defining ability of the Robot team and I think you’ll find it both exciting and at times a deliciously frustrating experience. Couple this morphing ability with varying stats for each role and you have a simple recipe for a complex tactical soup. My favourite.