I was going to write something else today, but then the postman arrived with a large and rather heavy box. I’ve put the Deadzone box beside it for comparison as that’s one of the biggest game boxes I’ve got. It makes DZ look rather small and delicate…

Anyway, the box turned out to be full of one of my Kickstarter purchases: Heroes of Normandie. There’s a few bits to follow later in the year. Mind you, this is more than enough to be getting on with for now.

Out of the box it looks even more impressive. Here are the major elements: 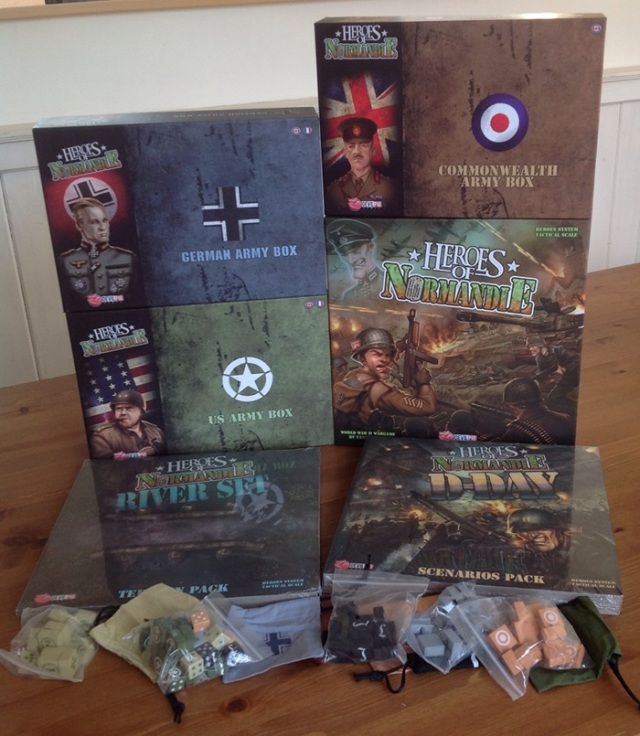 And here are the piles of extra counter sheets with variant units (and extra zombies). Yes, I may have got a tiny bit carried away.

I haven’t started unwrapping anything yet as that was going to be even more distracting. It was fun having a quick skip through what had arrived though. Lovely art and an amusing style. I’m looking forward to getting a game organised.

Obviously, as it came in a box, it wasn’t long before there was a cat sitting in it. Mojo, in this case. So now it’s been officially accepted into the household. 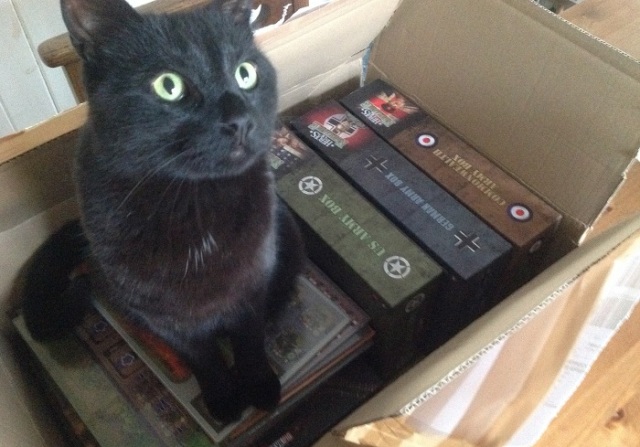 When I’ve digested what I’ve actually got I’ll do an unboxing of the various elements so you can see the rather nice quality of the components in more detail. It’s a little confusing as the way it’s presented isn’t quite what I was expecting. The KS evolved as it went along, and this packaging is presumably how it will go into trade. It does look nice though 🙂