It’s not often I’m impressed by 15mm scale foot figures. In fact, it might be never. Until now.

Well, until the last Salute, when I first came across these gorgeous little offerings from the guys behind the previous year’s rather nice spaceships: White Dragon Miniatures. I bought a bunch of the pre-production test pieces they had on sale, and they’re really, really nice. Simply the best 15mm figures I’ve ever seen, for any period. The pic is not the best, but it is clickable and very big. Remember that these are only 15mm. Yes, it does say Prodos on the sprue. They are doing the manufacture for White Dragon. 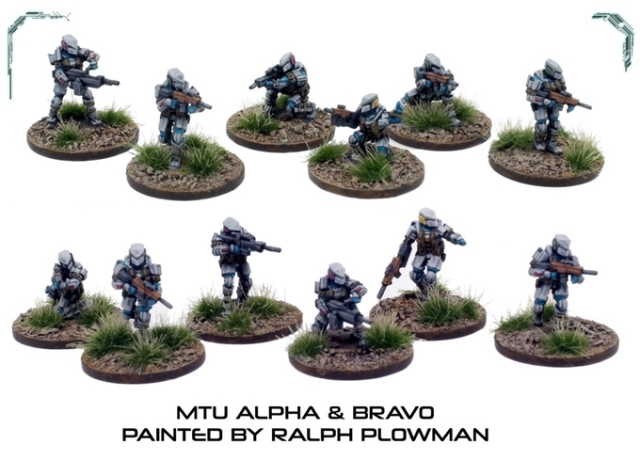 As I type this they are in the final few hours of a Kickstarter for the production versions of these, plus some more goodies. Hurry along if you’re interested. Well worth a look if you’re into the scale at all. And, even if you aren’t, you might want to look at the big mechs who look like they scale well to 28mm too. The example below is painted by the very talented Dwartist who has a load of pics of all the White Dragon 15mms (plus lots more). The 28mm figure in the pic is a limited edition pilot sculpt from White Dragon.

Personally, I’ve pledged for some more troops to bulk out a force. Been looking at 15mm SF for a while now, and finding these was a great piece of timing. They’ll be forming my core human infantry.

And they’re doing the Fiddler in 15mm too 🙂