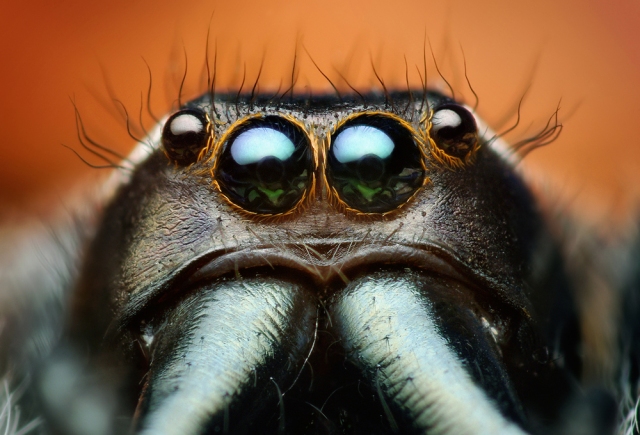 Does anybody know of a gaming background with a race of sentient (giant) spiders in?

I was cleaning the house this afternoon, and came across a mother spider guarding a dozen babies, all wrapped in a fine web. It’s the time of year that spiders come indoors to get out of the encroaching cold and wet, so that wasn’t terribly surprising, but it made me wonder whether the whole creepy-spider thing had been really tapped. Sorry, I should have said I was cleaning the house and thinking about games…

I’ve seen giant spiders as wandering monsters in D&D for decades, and there’s a character spider or two in LOTR. Then you have the odd dark elf centaur that’s half elf and half giant spider. Not a lot of actual sentient spiders though.

Is this because they haven’t got a face that you could recognise emotions on, or perhaps they’re just too creepy for them to be anything but animal (insect)? Could it be some sort of anti-spider conspiracy (you never know)? Or, is it that I’ve just missed them?

They make a great starting point for SF or fantasy aliens. I mean, just look at them!