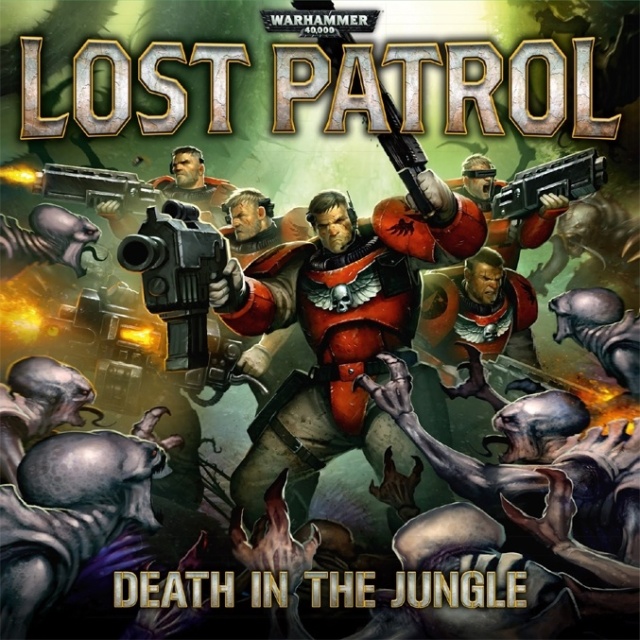 Yesterday I’d gone exploring the wilds of Whitley Bay, visiting a games club I’d just discovered was only a short distance away. I returned to an inbox full of people telling me that Lost Patrol had resurfaced, and did I know any more about it. That was a bit of a surprise.

The short answer is “no”.

Yes I did design the original version, as part of a project to reuse existing plastic figures in new products. This was an intriguing challenge as I couldn’t get any new models made at all, and had a very limited budget for the rest of the components. Even so, I came up with a total of 6 finished games before the whole thing was canned. Sadly, only Gobbo’s Banquet (by Gav) and Lost Patrol made it out of there alive. I suspect that none of the other ones will never appear, which is a special shame for the waste of Ralph Horsley’s lovely board art for my version of Formula Waaagh! Ah well.

Now I like a lot about Lost Patrol, but it isn’t without its faults. Frankly, they irk me a little more every time I play (probably that’s because I think I could do better now, with an extra 16 years’ experience as a designer). Over the years I have asked both GW and FFG whether anyone was interested in a second edition as I’ve got some definite ideas about what I’d do to finesse it. From these queries I knew that FFG didn’t have that license, and as GW specifically kept it I guessed that it might resurface someday.

What looks like a press release has turned up on a number of sites (eg. ICV2, ACD Distribution), and doesn’t tell us much. But I’ll be keeping an eye on the news and I have to get myself a copy when it does come out, if only to see whether they’ve changed what I thought needed improving.

It’s a little bit of a shame not to be able to have any input myself, though to be honest as soon as I found out it was something GW were keeping for themselves I knew it would be that way.

Overall though, I’m excited about the prospect of getting my paws on a new copy to see what they’ve done with it 🙂

This entry was posted in Lost Patrol, Random Thoughts and tagged Lost Patrol. Bookmark the permalink.