Posted on December 9, 2011 by Quirkworthy

What’s that on your desk over there, Jake?

Well, I just got back from Mantic Central and have managed to get my paws on some of the first of the Corporation figures for Warpath. Now I only got them on the specific understanding that I wouldn’t be showing them to you guys yet (‘cos Ronnie knows I like to share these things), but have a look at this concept art. 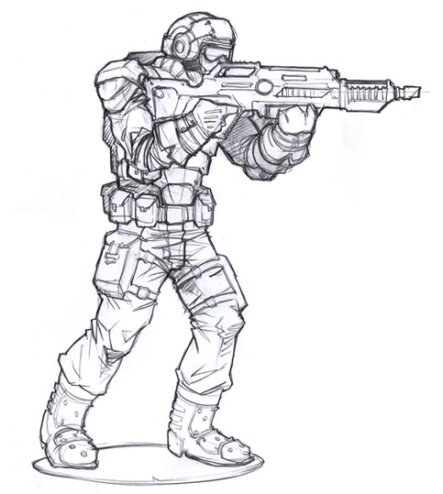 The models are fairly faithful renditions of this art. Obviously there are some detail differences of pouches, grenades and other bits of kit between models, but this is the basic armour they’re in and equipment they’re carrying. Very nicely rendered it is too. The anatomy is more realistically proportioned than GW figures, which is good or bad depending on your personal preference. I rather like it, myself, even though I’ve been looking at GW figures for so many years that they don’t really look as strange as they are – at least, not until you look at any humans 😉

And the general is really cool. Even if he can’t get a signal on his mobile, he looks very much the part. Saw the greeen for this guy and he is really well done. I’m not very drawn to Warpath as a game, but I do like these figures and will be getting some more when they become more available. I have other plans for them. 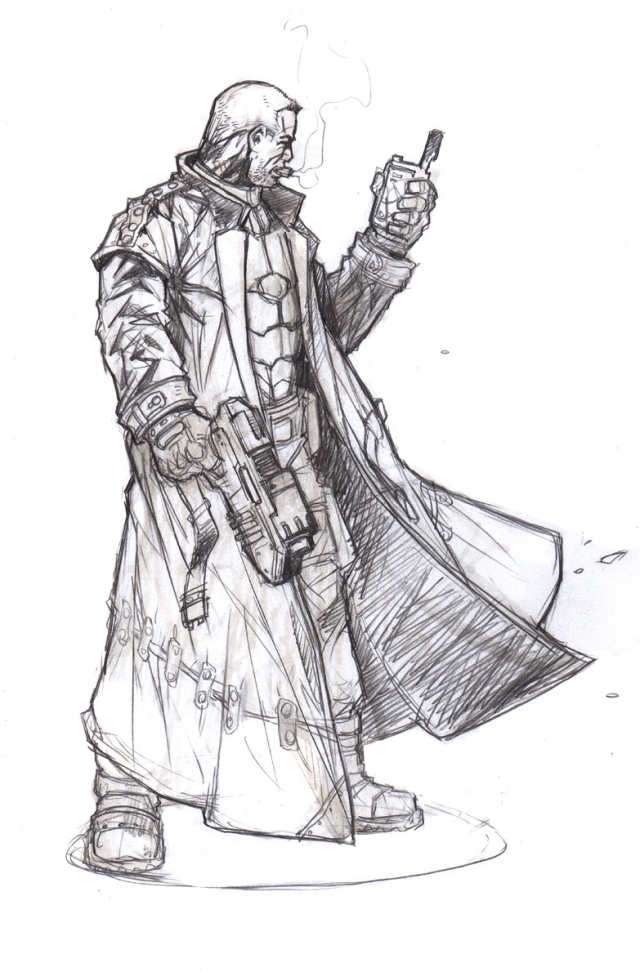 Soon as I’m allowed to show you the models I’ll be doing a proper review. For the moment though, let me just say that whilst I find the Orx functional but uninspiring and the Forge Fathers not my cup of tea (though they are nice models), I think the Corporation is the best of their ranges so far.

And why do I have these models? Well that would be telling…

This entry was posted in Tabletop gaming. Bookmark the permalink.

19 Responses to Warpath Corporation From Mantic