As you can tell by my silence, it’s been a busy week one way or another.

On the gaming front, Foundry have released the Tribes of Legend book, and continue to add more to the rather jolly range of miniatures that go with it. The range is, in fact, rather bigger than I originally anticipated and so I’m doing some articles to enable you to include more of it in both the Tribes of Legend mass battle game itself as well as the Ancient Heroes skirmish game that is also included in the book. It seems silly to have all these nice toys and not make the most of them 🙂 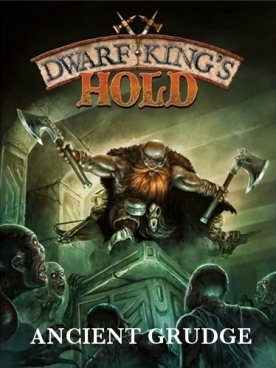 Mantic have Dwarf King’s Hold: Ancient Grudge up for pre-order still, but I’ve been contacted by a number of people who have already been sent review copies (and Frontlinegamer has done an unboxing already), so it’s got to be out any day. The webpage also says it’s out in January, and that’s going out of fashion pretty soon too. I look forward to hearing what people make of it.

As always in the land of writing games, what the public at large see as new and shiny is a long-forgotten project by the author. Well, sort of. It’s certainly not in the last 3 or 5 projects I worked on, which can make things a little odd. Great to see them out in the big wide world though. I’ll be putting up a FAQ page for both shortly. Do feel free to post up if you have any queries.

Mantic are also responsible for the beginnings of a tease about Project Pandora with part of the cover being shown recently. The cover is by the talented Mr Springborg who also did the covers for all of the Dwarf King’s Hold series.

The game itself is working rather nicely (if I say so myself), and the counter art is great. It’s got a very distinctive style that sets it apart form the other stuff I’ve seen from Tears Of Envy. It’ll look great when it’s all printed and die-cut nicely for me. Much better than my mock-ups 🙂

This entry was posted in Dwarf King's Hold, Project Pandora, Tribes of Legend. Bookmark the permalink.