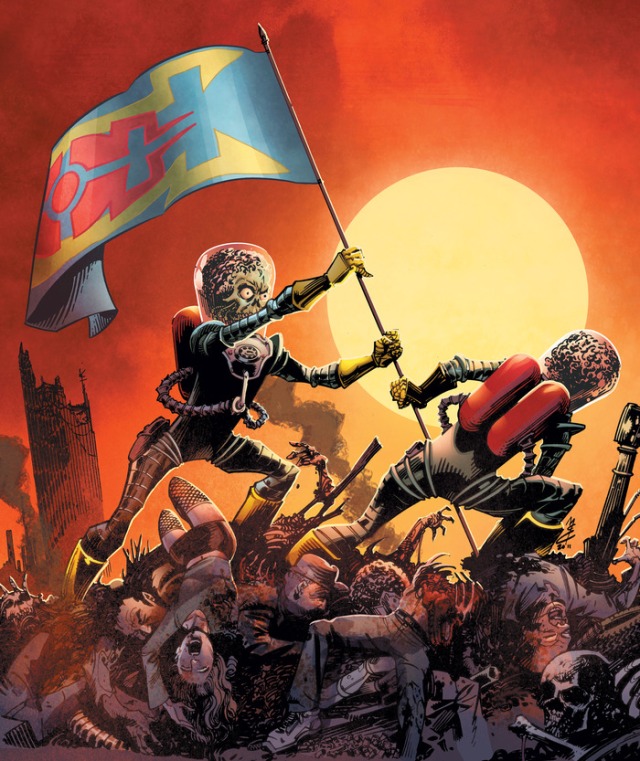 Well the Mars Attacks Kickstarter is finished, and what a finish it was. After the reverses and turbulence of the penultimate week the last few days saw a dramatic turnaround and a big rush to the end. Thanks to all of you that pledged your support for the range. You’ve added loads of exciting goodies for me to write rules for and I’m sure that the game you get in the end will be far more entertaining as a result of the extra options 😉

I’m just reworking the card deck to incorporate a better balance of events, bonuses and other cards. It’s doing quite a lot in the game so deserves a fair amount of attention. This iteration will probably be the basis for the final version. At least, that’s how it feels.

I think the core rules are almost nailed down too. Playtest will doubtless reveal a few clarifications to add and some tweaks perhaps, but the bulk is solid.

All of which means that I can soon move on to getting to grips with the many additions the Kickstarter generated: Novas Vira, giant robots, mutated insects, stealth marines, science division, and loads more heroes among others. And, while I’m writing the rules for all these and getting some proxies on the tabletop to test things out, the Mantic team are turning the concepts into reality. It’s exciting stuff and all thanks to you guys. Can’t wait to see the final result on the table.