Decades’ worth of games, models, notes and associated gubbins has silted up my study to a silly extent. So, in an effort to create some more space, I’ve been thinking about what I really need to keep and what can go, and then made a start on getting the gone stuff out of the way. I’ve also moved around the furniture and generally created chaos as I shuffled everything around. 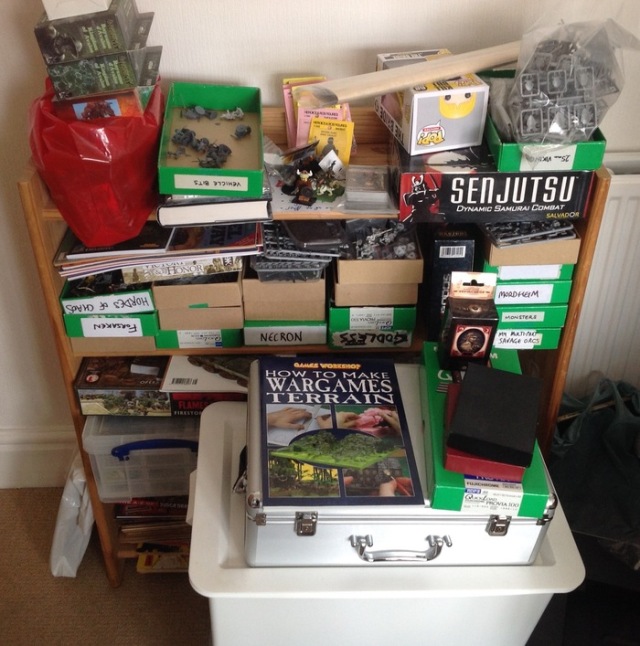 Overall, it’s been good so far, and I have a much better idea of where I’m going in terms of future gaming and have better access to what I want to keep. All fun for me and a bit dull for you. What might be of interest is that all this excess stuff has to go somewhere, and that’s largely eBay. Sure, I’ve given away some stuff and sold other bits to various collectors, but the mountain that’s got to go is rather imposing and I only know so many people. You can see one pile above, and more in the corridor below. And that’s not all of it either.

Of course, eBay has changed a lot since I last used it to sell stuff, so it’s a relearning process. Some of their new format is genuinely helpful, and some is barely-functional dross. Still, you take the rough with the smooth. I think I managed to get a listing up properly, so we’ll see what that looks like tomorrow. Then I can start moving the mountain…

11 Responses to Clearing A Drop Zone