A Beginning, a Middle, and an End

I ended last time with a summary that mentioned a single thread which I thought ran through the highest quality work. This thread is story. Whether it’s game design, art, or writing, there is a story running through the best of it. At least, I’d say so.

Clearly there is story in prose, and games all have an initial state that changes as they are played – so there is a narrative to be pulled out if you want to. Art is trickier, but I think that even there a good picture can imply a before and an after to the specific moment illustrated, and that flow tells a story of sorts. At least, it implies one. It makes you think about the moment in the context of its before and after.

For example, whether you like the style or not, the posing of the characters, composition, and use of concepts familiar to the viewer give this evocative piece by Matt Dixon a sense of being one moment in a larger tale. Matt’s very good at this and this sense of time is present in many of his works. I expect to come back to this in more detail in a later post. 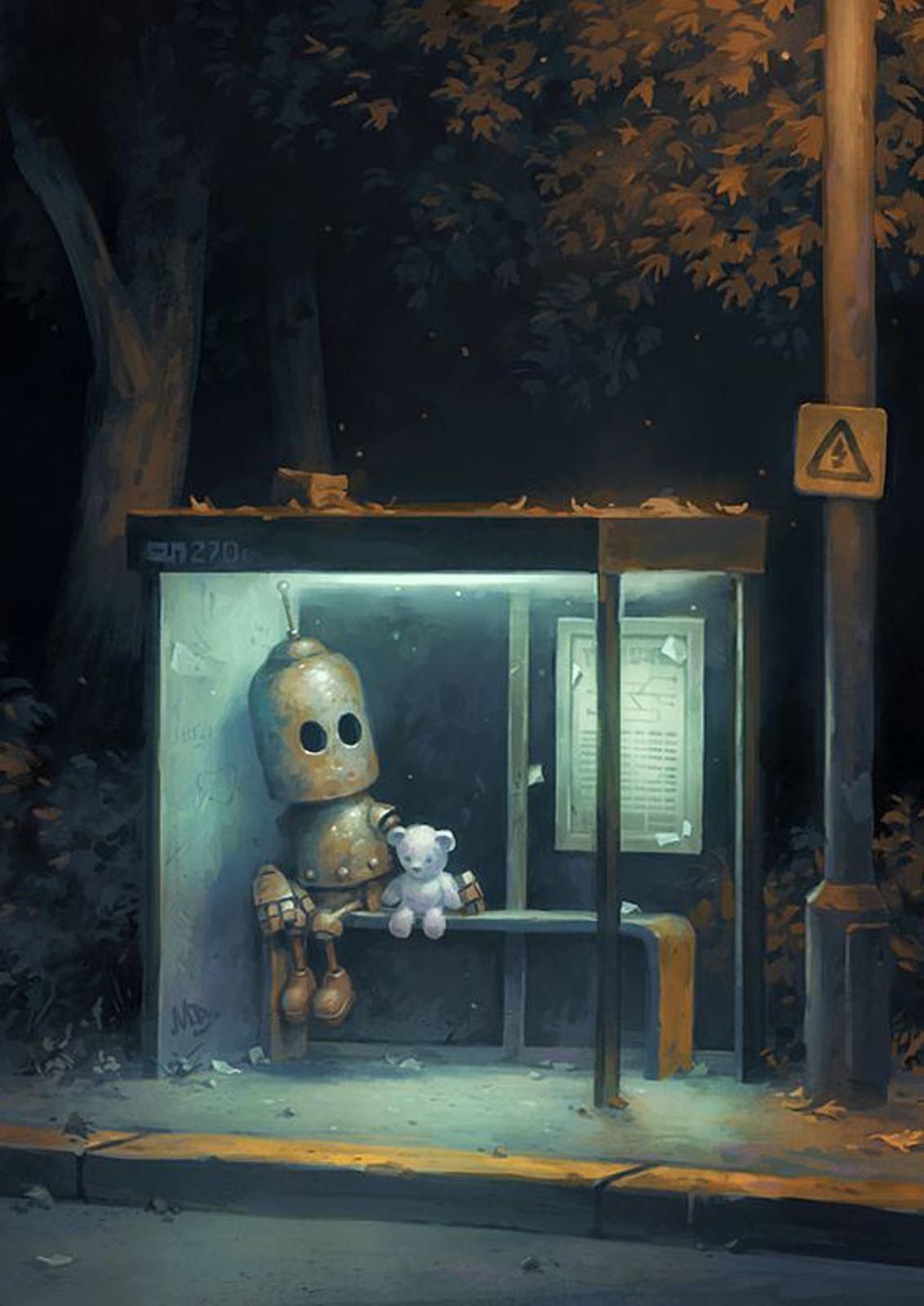 Lots of little touches combine to demand a before and an after to this moment. Very nicely composed and © by Matt Dixon.

Today I have a slightly different kind of post for you. Short, for one (for me). But really, the main thing I wanted to do was to ask you guys what you thought of story in games, and story in art. Is it something you look for? Care about? I know people that make up a story when they play anything, and others who don’t care about the most obvious narrative – they’re all about the mechanics.

What do you think?

14 Responses to A Beginning, a Middle, and an End