Normally I don’t talk about RPGs much as I haven’t played in years. I still read them though, and back in the day I used to play and run a lot, and write about them occasionally too. Post-apocalyptic games were one of the genres I enjoyed, and I played all sorts; from the silliness of Gamma World or Paranoia, through Morrow Project to Aftermath, and, of course, Twilight 2000. That was back in the day when the year 2000 was the bright future rather than the vaguely remembered past. Dear me, I’m old.

What’s interesting is that while the rest have largely blurred together as various shades of normal people in exceptional circumstances, the Twilight 2000 games always stood out as something a bit different. In this, everyone was a trained soldier. Sure, you might be an engineer or a pilot, but you were still combat trained and familiar with the basics. And you had guns. Lots of guns.

Anyway, I hadn’t paid much mind to the game since the 80s, so it was a pleasant surprise to see it on Kickstarter. What’s especially interesting is watching my own reaction, because I’m thinking “Oooo, I could play that. That would be fun…” Then some rationality kicks in and I think “Nah, never going to happen. Where would I get the groups together, and… oh. Solo rules. Now that is interesting.”

So, on the one hand I am confronted with the power of nostalgia. It’s a great seller, and we’ve seen quite a few reprints of classics on Kickstarter in the last couple of years, and many of them have done very well. What’s even more impressive is when people can capture some of that nostalgia without being a straight reprint of an ancient relic. That’s really clever. And hard. I’ve tried.

On the other hand, is the idea of solo RPGs. For me, that doesn’t entirely make sense as I was always more about the playing-the-role bit and less about the game. It just seems a bit weird doing that on your own. But if I think about it more as a game than roleplaying, then it’s a really enticing idea; being able to fight once more in the intriguing setting of the WWIII that never was.

Will I back it? Who knows? I’ll certainly take a closer look at the rules and see what they offer about how the solo game might work. I may get a pdf for reading anyway, just to remember the good old days, when nukes rained on Europe and we all had to walk back to France from Poland. In the rain… 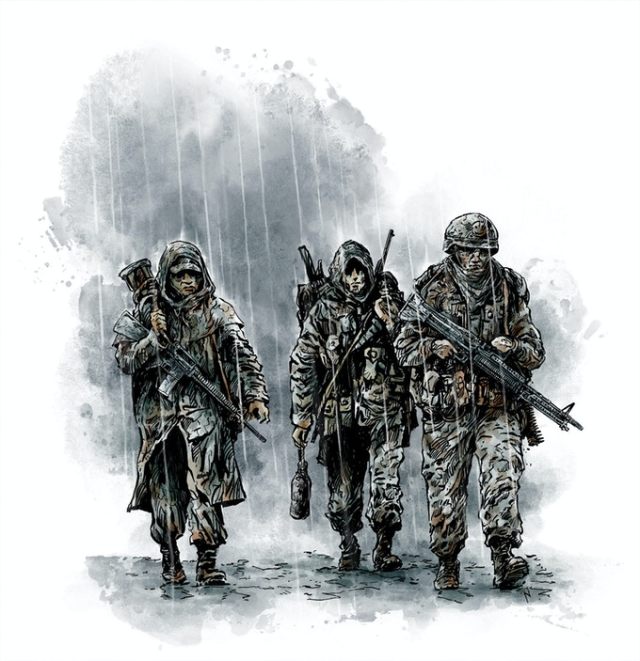 Before I go it would be remiss of me not to mention my Game Design Mastery Patreon. If you’re interested in reading in-depth articles on all aspects of game design, why not come along and join us? So far there’s about 20,000 words of in-depth advice in the GDM library, with more added every month. Each article is on a topic chosen by patrons, and if you can’t wait for the next one then you can always ask in the private Discord server. Certified troll-free!