Posted on November 1, 2011 by Quirkworthy 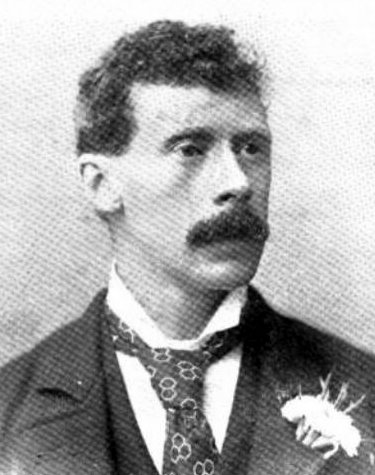 Murder your darlings is a phrase that was first used by Sir Arthur Quiller-Couch (the dapper gent illustrated here) in a 1914 lecture on writing style at Cambridge University. What it means is probably best put by saying that if you think you’ve written something especially clever and particularly witty in a turn of phrase whose inner beauty will have the gods themselves weeping with joy, then it almost certainly needs to be deleted and should, on no account, be printed.

Harsh? Possibly. But it is a very useful guide when you are new to writing (when you are naturally more prone to making these errors), and it has the additional advantage of inuring you somewhat to the pain and anguish of having your work edited, redacted, and generally stomped all over by everyone who comes after you in the process.

Whilst this phrase and principle is literary in origin, it applies just as much to games design.

Very often novice designers, like novice writers, will announce that they have finished with a project when in reality it still needs some cutting back. This is partly the understandable side-effect of enthusiasm and inexperience, and I did it as much as anyone. I still do, on occasion, though less so now I have a better understanding and more experience and I am often able to purge my own work before someone else has to. Now I know there is a trap, I can avoid it more easily. Eventually practice may make perfect, though I think I’m a long way off yet.

Applying this notion is fairly simple in principle, and hard in practice, as so many things are. First, you have to design your game, or at least make a start. Then, you have to see if any darlings need a quiet knife in the back. Ideally, you should do this as you go along. That way you can clear up any mess as you make it.

The big question is how do you know what is a darling? The best way I have found is by asking yourself which bits are your cleverest. You may have a workmanlike movement system, and a set of stats which is near-universal, but at one side you have a cunningly wrought rules engine that includes all manner of clever modifiers and twists. You are most proud of its cunning and elegance. It could be your masterpiece, or it could be vainglorious nonsense. Ask yourself: is it really necessary, or is it being clever just to show off? Try taking it out or putting a much simpler system in its place. Does the game still work? What did you lose? Ask other playtesters. Did they notice the difference? Removing some rules will bring the whole edifice down, and others will disappear entirely unnoticed. These latter rules should be high on your list to die. Of course, it may really be clever and elegant. Novices can write just as great stuff as veterans. But not always.

As you gain experience you will learn to use the principle routinely, but even then it is worthwhile consciously stopping and taking stock every now and again. Read your manuscript. Is it all really worth keeping? Can you excise that rule? It’s ever so clever, but does that alone warrant it’s inclusion?

If at all possible, you will be greatly helped by putting a project to one side and leaving it alone for as long as possible. Fresh eyes are what is needed, and you will benefit from a break if you can afford the time. When you come back to it, read the whole thing from scratch, just as if you were coming to it for the first time. Are the rules clearly explained? Do any bits jump out or jar. Often a darling will be obvious by being in a different style of writing, or in a different style of rule (if you see what I mean). Try playing it again, preferably with someone who did not help you develop it this far. Are there any bits that seem redundant, or which would lose little, but help the whole thing to be more streamlined? A particularly big clue is when a rule seems brilliant to you, but incomprehensible or irrelevant to others.

Of course, this is only one of a myriad reasons why games are not always as good as they could be. Time and money considerations are critical drivers and most projects get less playtesting with less critical gamers than they really need. Still, learning how to murder your darlings is a simple and easily applicable concept that can help make your game better, whatever your budget. If you write or design anything, then I’d urge you to give it a go.

This entry was posted in Game Design Theory. Bookmark the permalink.