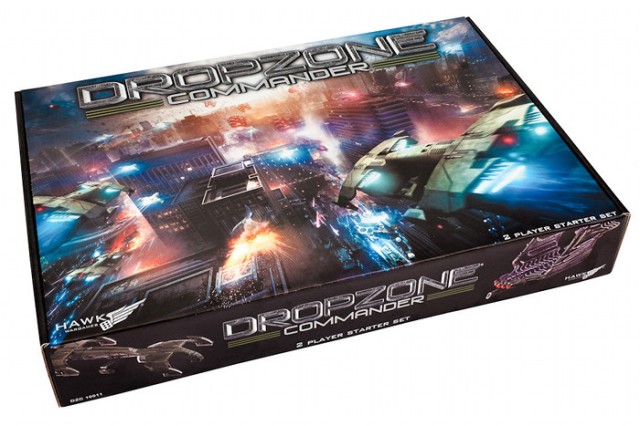 I just got my paws on one of these and thought I’d drop some first impressions here.

For £60 RRP you get a heavy box with quite a bit in. It looks like a well thought out entry point for the game which should bring in new blood to their player base. I know a couple of people who’re dipping their toes into this game now that the entry cost has been lowered. That’s all good.

In the box you get all the models, rules, scenery, counters, dice and even a tape that you’d need to play. It’s fairly comprehensive.

The models in the box are equivalent to a Scourge and UCM starter, but in plastic instead of resin. How much difference does that make? Well, to start with each of those resin starters has an RRP of more than the whole box. That’s a very big difference. But do you sacrifice quality for that reduction? Well, I’ve got a starter set for each of them so I can do a comparison review later. For the moment, let me just say that they look fine on the sprues.

The rulebook is the 1.1 version, so no major changes there. It’s 4 pages longer than the v1.0, but is an instance of incorporating errata from the first edition rather than a wholesale reworking. Tweaks and clarifications are the order of the day here.

I’ll come back to look at this in more detail in a proper review later. For now, let me just say that anyone who thought DZC was too expensive to get into can’t use that argument any longer.

This entry was posted in Dropzone Commander. Bookmark the permalink.