Posted on February 9, 2015 by Quirkworthy 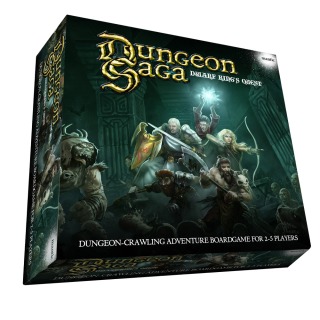 Last Saturday we had a group of brave volunteers round to the Mantic Manse to help us test out the core scenarios for Dungeon Saga. From my point of view it was a very useful day as well as an entertaining one, and I think our testers had a good time too. Certainly, they were very complementary – at least when I was in earshot 🙂

As there are so many adventures for the game we had decided in advance to just focus on the core set rather than scatter our efforts across that plus 4 expansions’ worth of extra scenarios. I think this was the right decision. By doing this it meant that each of those adventures had several runs through by different groups, which gave us a better aggregate view of the balance and any issues.

Speaking of issues, there were gratifyingly few. With the exception of one scenario that left the necromancer with a bit of a lull in the middle (all fixed now), they ran pretty smoothly, and many were very close. A couple of groups told me of scenarios coming down to the last action by the last Hero on the last turn, which can’t really be improved for tension and drama. 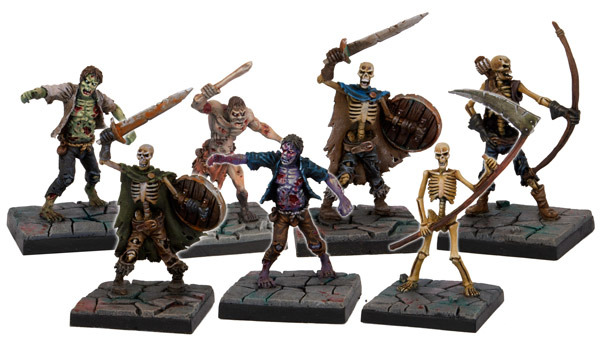 At the end of the afternoon we changed tack, and had a couple of larger games. All the morning and early afternoon games had been 2 player because this gave us the most runs through with the most efficient Heroes (co-op games are rarely as efficient a group of heroes as when a single player is in control). Still, multi-player games would be fun for us as well as the testers, so I took the part of Mortibris in one and on we went. The rotating rooms were as entertaining as usual 🙂

Naturally, I forgot to take any pictures, but I’m sure others managed to snap something. Luke, who writes Mantic’s blog, was wandering about with his phone camera, so you might want to have a look there.

I also did an interview for… someone I can’t remember the name of. I think it’s the senility again. Anyway, someone will remember and hopefully they’ll be kind enough to add a link below. We were, obviously, discussing DS, so it’s me answering questions and burbling on about that. Not having seen the result myself, I can only guess how coherent I was being. This was during one of the rounds of the day so I may have been a touch distracted 😛

So, today I’ve been writing updates and tweaks to fix any of the points raised by our intrepid testers. All relatively painless, which is nice. Several people commented on the rules as being clear and easily understood. The issues were almost all ones of layout: where’s the best place to put this. People also wanted a QR sheet which we’d planned for the back of the book, but hadn’t finished yet. We’ll also be picking out important rules in each section and putting Important! boxes as reminders to help you find important or easily lost rules more easily. A few paragraphs will also be reorganised to make the key rule in them more apparent. Overall though, no major changes, and the book will benefit greatly from this level of picking through. I’ll be doing this again, repeatedly, before it goes to print. 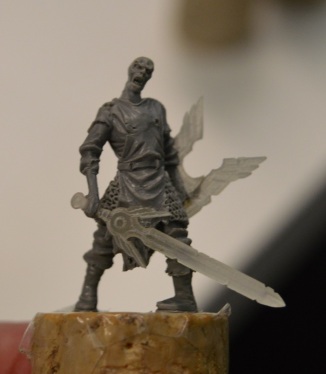 As well as my rules, we also had all the models on show, and these went down very well. It’s hard to pick out a personal favourite model, though the main contender has to be the skeleton jester, which I think is a KS special. Sylvain’s Orcs are also rather splendid, though I’ve only seen them in the green so far. Actually, now I think about it, my other, other contender for favourite might actually be one of the core box armoured zombies (shown half-finished, on the left). Hmmm… Sylvain seems to have a worrying affinity for the undead.

All of which only leaves me to thank once again the kind folk who came to help us test the game out. They travelled from quite far afield (I think Norway won the distance record), and happily gave their time for a rather strange cause. Very much appreciated though. Playtesting is an odd and sometimes gruelling process, and it was great to see so many happy faces during the day.

We might even have time for one more of these days before everything disappears off to print.

This entry was posted in Dungeon Sagas, Events. Bookmark the permalink.