Played some more Aeronautica at the weekend, and it was lots of fun. Bob came up with a simple scenario based on an event in WWII’s Pacific campaign. A lone, up-gunned Marauder bomber has to get the length of a 6 foot table, and 3 Ork Fightas have to stop it. It’s a variation on a scenario from the book. 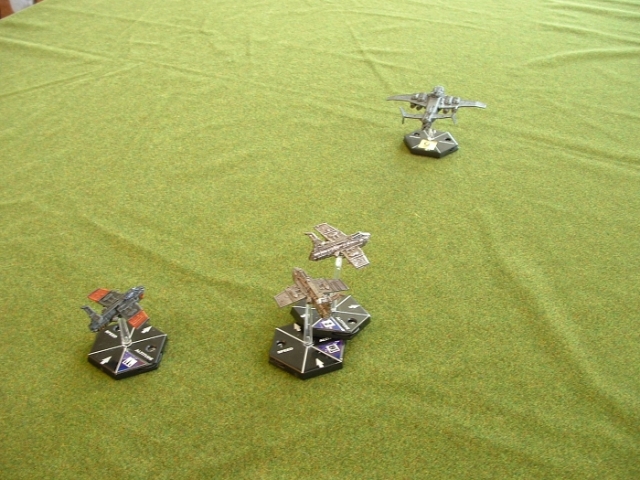 We ended up playing this 5 times as it was nice and fast, but still left a few tactical options to consider. Honours were fairly even, but Bob had the upper hand in the end. The first pics show me closing in on Bob’s Marauder in the first game, firing one shot as I passed and then attempting to close up form behind. The second shot is me turning to pursue and the third is Bob being wriggly. Boy, he’s an erratic flyer. It’s a long way to get down the whole board (the Marauder has a max speed of 3 in this scenario), but he managed to escape with a single wound left. 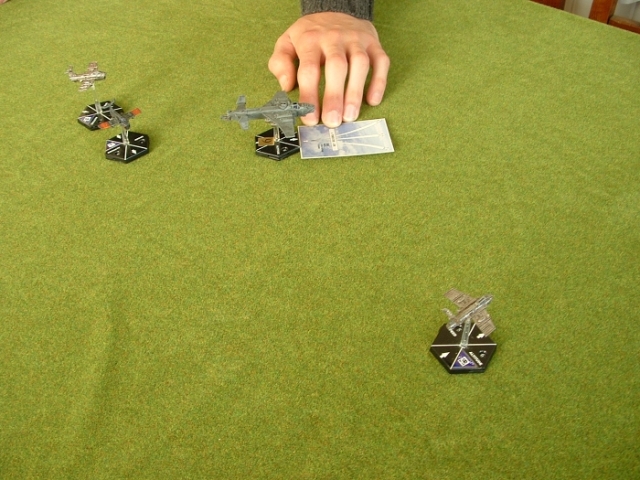 This final shot is me flying the Marauder, and managing to end up with all 4 planes on the back of a blister card (on a 6×4 table). Lucky for me this is my second run and I’m miles below them 🙂

All told a jolly little scenario and very simple. Bob did point out one oddity in the rules that we might House Rule, but I’ve not read them all yet and am loathe to change things before I have a proper go through the lot. I’m sure we’ll be playing it again though.

This entry was posted in Tabletop gaming. Bookmark the permalink.