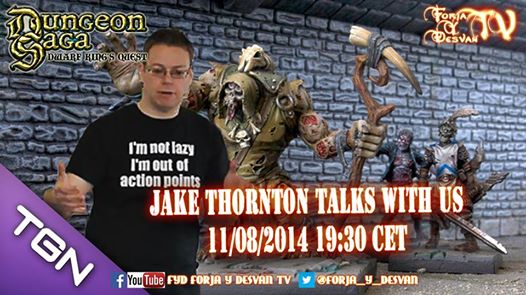 From 6.30pm UK time (7.30pm CET) tonight I’ll be doing another one of those Google hangouts thingamajigs live on Youtube. If you’re in a different timezone then there’s a handy countdown timer on there so you can see how long you have to wait.

If you can make it during the interview then I’ll be happy to answer questions. Just post them in the comments under the video or here. I expect that if you can’t make it during the live broadcast it will be etherically immortalised so you can listen to us natter at your leisure.

The interview will be with the crazy Spanish gamers at Forja y Desván who seem to spend their lives interviewing some gamer or other. You can check out their Facebook page or YouTube channel for more.

This entry was posted in Dungeon Sagas, Kickstarter. Bookmark the permalink.