Posted on September 7, 2014 by Quirkworthy

As I said the other day, I’d try to snaffle a bag or two of MA figures while I was down at Mantic HQ. Mission accomplished!

I’ve not had a chance to scrape away at them yet, so this is an “as it comes” look. I’ve done no reposing, bending, cleaning or anything else.

This is a random selection of models from the bag. As you can see, they come pre-assembled, so you could play with them straight out of the box. Of course, many people will want to get some paint on them. The question I wanted to look at was how easy would they be to prep? As you can see from the picture above, at a normal viewing range they look fine. 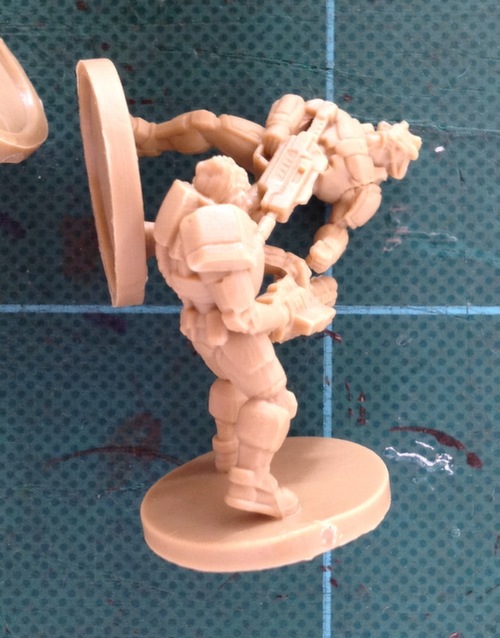 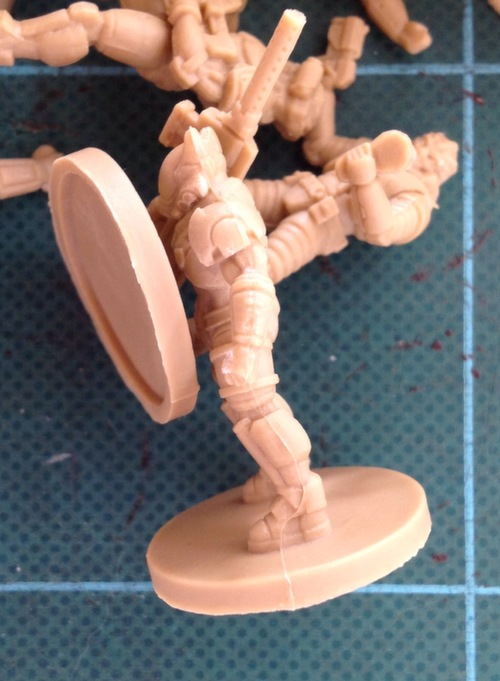 Close up, you can see some mould lines, and no flash. I’ve done my best to make these look as bad as possible, using raking light and close ups. Even so, they don’t look terrible to me. Overall, judging with them in my hand, I’d say they were kind of average in terms of the amount of mould line you’d need to file off. Some bits have almost none, others have stuff you’d definitely want to remove. It’s the sort of thing you’d get in almost any range.¹

Having rummaged through the whole of both bags, I can say that this is fairly standard across the lot. There are a few better examples, with more subtle mould lines, but nothing dramatically worse. 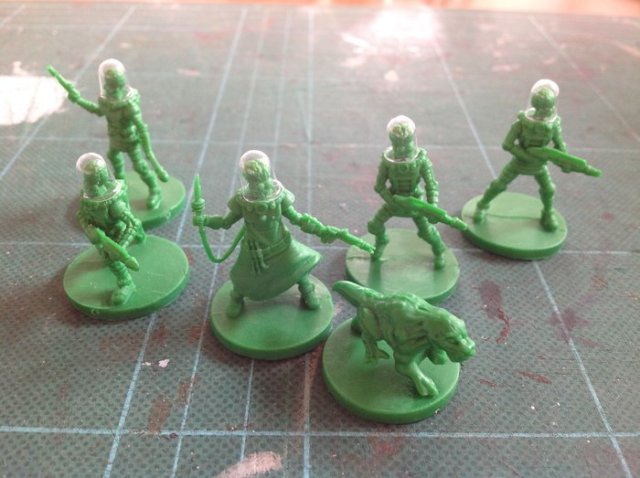 Just so they don’t feel left out, here’s some of the Science Division models. The green wasn’t showing the mould lines as well in the pictures, so I’ve left the close ups out. It’s much the same as the Tiger Corps in real life. The clear helmets are just plonked on for the photo. They come separate.

I’ll have a go at cleaning some of these and let you now how I get on.

1: I say almost because there are a few ranges where mould lines are almost invisible – Statuesque Miniatures, for example. You can’t avoid them entirely though (not with 2-part moulds), and how bad they are is partly to do with the production process you choose.

This entry was posted in Board Gaming, Mars Attacks!, Painting & Modelling. Bookmark the permalink.