What I Can Say…

Yesterday’s post was really just to let you know that I’m still doing stuff… just that most of it’s got to remain under my hat for a while.

However, that’s not true of everything.

One thing I’ve been helping out with recently is Age of Tyrants. This is a 6mm SF battle game designed by a friend of mine called Mark Brendan (you may remember him as one of the White Dwarf crew back way when I was editor). It’s set in a universe that’s already seen much conflict as the setting for Urban War and Metropolis – so if you’re familiar with either of these then you’ll immediately recognise the warring factions.

Except this time instead of a 28mm skirmish or small battle, you get to command the huge tanks and other war machines of the full armies. And some of the tanks are enormous.

So there’s that coming along. They’ll be running a Kickstarter sometime fairly soon as they’ve taken it about as far as they can on their own and need the community support to finish it off. The chaps behind it have promised me a couple of early test shots of the models so I’ll be able to show you a few of the tanks 🙂

Other things I’ve been doing that I can talk about include a skirmish game I started messing about, and which I may end up publishing myself. I originally did it as an amusement and design exercise for myself. What I’ve found though, is that every time I tell anyone about it they want to play too. Maybe I just hang around with an eccentric crowd. 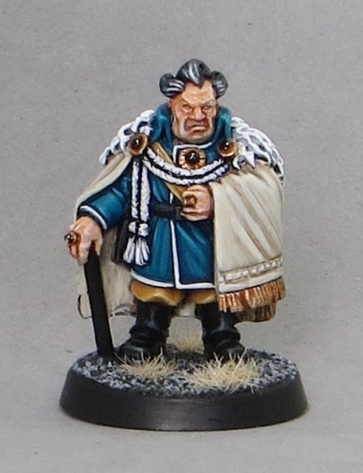 This skirmish game is probably worth its own post to explain in detail, but the potted explanation is that it’s a retro style 28mm SF skirmish game, designed as if I had written it in the mid 80s with that period’s style of rules, sensibilities, and expectations. I’m thinking Laserburn, Combat 3000 and Traveller, if that helps.

This was inspired by a combination of the Colony 87 miniatures (like the one on the left) that were Kickstarted earlier this year, and the Macrocosm figures (like the Diggers below) which are on Kickstarter now. This last Kickstarter is interesting as Chris (the fellow behind Macrocosm) has gone a slightly unusual route. Instead of starting from nothing and diving straight into a Kickstarter, he’s self-funded the first two races so you can get them now. Anyone who’s been to a game show or two in the UK this year has probably bumped into him at one of those, showing off his Malignancy and Digger Corps factions. That’s where I got a load of models from both of those ranges. The Kickstarter is called Macrocosm: The Next Races, and as its name suggests is about expanding the game with more factions, and so far he’s funded some great new stuff – you should go and have a look for yourself. I’ll do a review of some models later. 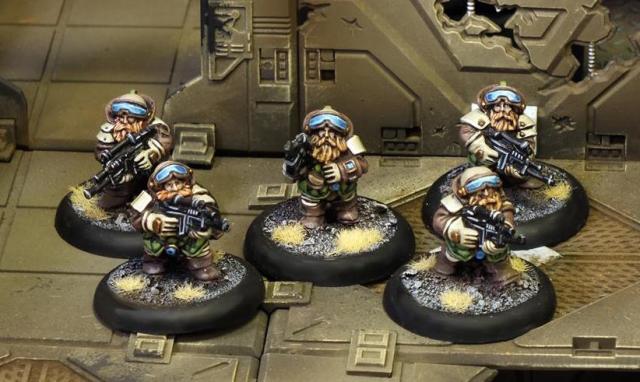 Really, I’ve waffled on long enough for the moment. This is just to say that I’ve not forgotten this blog, it’s merely been sleeping 🙂

This entry was posted in Kickstarter, Random Thoughts. Bookmark the permalink.

11 Responses to What I Can Say…